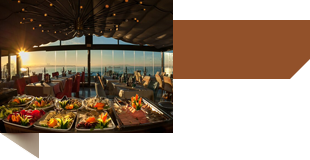 We are delighted to suggest you to travel in Istanul on your own. We created these routes together with professional tour guides.

The routes are combined so that you will spend a mininum time to find the sights of interest.

We offer mini trips for every taste whatever it can be: shopping, or history, or culture.

Our hotel is located in the heart of Istanbul in historical district of Sultanahmet.

This is why you are with us - in the heart of both ancient and modern Istanbul. We are the closest point to real Istanbul!

We wish you to have pleasant walks!

How to travel by public transport

There are two ways to pay for public transport in Istanbul. You can buy token (jeton) and/or plastic Istanbul card (Istanbul Kart or akbil).

Tokens are sold in kiosks or special machines near metro or bus stations. After you buy a token put it in turnstile’s slot following direction arrow and pass through. One token is valid for one trip.

The plastic card (Istanbul Kart) is much cheaper to use.  It can be purchased from IETT Counters or private vendors such as small markets or kiosks around Istanbul. The plactic card costs 6 TL.  To use the travel card, it is sufficient to hold the card within 0-8 cm to a card readers located in railway stations, sea transportation docks or on buses. You are not charged multiple times for holding card close to a card reader for a long amount of time. How much you get charged and your remaining balance information is placed on the card reader.

Electronic cards are good to use as much as two years.

Use of the travel card

In Istanbul private shops, hotels, points of currency exchange work 7 days a week. Government departments such as post offices or banks are open from 08:30 to 12:00, then after lunchbreak from 13:30-17:00. On Saturdays and Sundays they are usually closed.

Dear Friends! Attention! Most of our tours start from Sultanahmet Square, which is a 5 minute walk from our hotel. Please refer to the reception staff, so that they show you in which direction you need to go, and they will be happy to help you.

Sultanahmet Square is the area with benches in between the Hagia Sophia (a pink building with 4 minarets) and Blue Mosque (building with 6 minarets). In this area you may have a glass of tea or cup of salep (depending on season) from street vendors dressed in national costumes.

The Cathedral of Hagia Sophia is one of the 4 the most important shrines of the world. You should pay attention to its mozaics and frescoes of early medieval age (on the 2nd floor), also to columns takes from ancient temples (on the entance from right and left sides), and runic “autographs” of Viking guards. The museum is open daily from 09:00 to 17:00. On Monday museum is closed. Entry fee: 30 TL.

The Blue Mosque is muslim temple with 6 minarets (only in Mecca there is a mosque with more minarets). Inner space is decorated with about 200 thousand of blue tiles. Pay attention to pice of Kaaba (it is visible behind the fence), the giant chandelier with hundreds of lamps, carpets and great dome which was planned by Turkish “Michelangelo” from Greek ancestry architect Sinan. The mosque is open daily, the admission is free.

On the back of the Blue Mosque there is Hippodrome, which you can recognize from its high obelisk. It is the heart of ancient Byzantium-Constantinople and is the second largest construction in the Roman Empire. Here the Emperor Constantine, who legalized the Christianity, welcomed his citizens. The Hippodrome is accessible around the clock, the admission is free.

The only decoration of today’s Hippodrome are three columns. The first one is the Egyptian obelisk, weighing 300 tonnes, the "twin"of obelisk which is in Paris. It was brought to Constantinople from Egypt. Originally it was erected in honor of the Pharaoh Thutmosis III in memory of his victory over Mesopotamian kingdoms. It is dotted with ancient hieroglyphs. The second one is of Greek origin. It has shape of three intertwined snakes and was casted from weapons of the Persians, which the Greeks had defeated at the Battle of Plataea. Finally, the third one is a stone obelisk of Constantine Porphyrogenitus. Later  the Ottomans hoisted the head of the last Byzantine emperor, Constantine XI.

Behind the Egyptian obelisk there is Museum of Turkish and Islamic Arts, situated in mansion of Ibrahim Paşa, who lived in 16th century. In this museum you should see the exhibitions of Turkish and oriental carpets, to learn about the story of “oil fight” güveç and Ottoman calligraphy. The Museum is open daily from 09:00 to 17:00 and closed on Mondays.

You go back to Hagia Sophia. Near the exit from Hagia Sophia you shoud turn left and bypass the temple complex on the left side. You will enter the gates of Topkapı Museum.

Topkapı Palace is a castle complex located on hill above the Bosphorus, where Ottoman sultans lived  for 300 years during the Ottoman Empire. The treasures of this Empire are stored in Topkapi Museum. In the hall of treasury giant gems and luxurious armory like the Blade of the Sultans, swords of Crusaders, rare antique weapons are displayed. In the kitchen of the Palace you can see the ancient Chinese, Japanese and ottoman porcelain tablewear. In the courtyard of Topkapi Palace the oldest church in Istanbul, Church of St. Irene is situated. Admission fee: 20 TL.

Topkapı Palace is a castle complex located on hill above the Bosphorus, where Ottoman sultans lived  for 300 years during the Ottoman Empire. The treasures of this Empire are stored in Topkapi Museum. In the hall of treasury giant gems and luxurious armory like the Blade of the Sultans, swords of Crusaders, rare antique weapons are displayed. In the kitchen of the Palace you can see the ancient Chinese, Japanese and ottoman porcelain tablewear. In the courtyard of Topkapi Palace the oldest church in Istanbul, Church of St. Irene is situated. Admission fee: 20 TL.

In the front courtyard of Topkapı behind the St. Irene Church there is exit towards Gülhane Park and Archaeological Museum.

Gülhane Park is a large complex of gardens, laid out in Ottoman times. The park is full of rare flowers, beautiful trees and exotic birds. In the end of the passage through the park there is magnificent view to Bosphorus.

Gülhane Park is open daily, the admission is free. Archaeological Museum of Istanbul is one of the best museums in Europe and displays more than a million of exhibits at once. You will recognize the Hall of Ancient civilizations (Egypt, Mesopotamia, the Sumerians, Hittites), by seeing the stone lions lying at the entrance (by the way, they are 7-9 thousand years old).

It is possible also to reach the museum from Sultanahmet square by passing Hagia Sophia along the tram rails.

From the same square you can also enter the ancient water reservoir called The Basilica Cistern or Yerebatan. Cross the tram line on traffic lights near Hagia Sophia and you will see entrance to Yerebatan (one floor building) in front of you.

Yerebatan is an ancient reservoir of Constantinople, which is held by 336 ancient columns, partially restored by the Ottomans. Passing through wooden bridges to the end of a huge gloomy hall full of water, you will see under two columns huge heads of Medusas brought here during construction in the 4th century AD.

Area with benches – tram line – tram stop on the right.

Kabataş-fulicular-on the exit is the Monument of Republic, representing Ataturk and group of people. Τhis monument depicts Ataturk and his closest companions as well as few Soviet military instructors sent from Moscow to help the young Turkish Republic to resist the Entente occupation.

Around the monument the tram line starts and continues to walking Istiklal Avenue.

Istiklal Avenue is giant walking street, on its both sides old mansions and buildings, foreign consulates, churches are situated. The street is accessible round-a-clock.

In the end of avenue there is an entrance to Tünel – an underground retro-funicular, the oldest in Europe in 19th century. In 90 seconds it will take you down to Karaköy.

The Cathedral of Hagia Sophia is one of the 4 the most important shrines of the world. You should pay attention to its mozaics and frescoes of early medieval age (on the 2nd floor), also to columns takes from ancient temples (on the entance from right and left sides), and runic “autographs” of Viking guards.

Or you can get back by walk on Galata Bridge along the tram line towards Sultanahmet.

The Galata bridge is situated under Galata Tower which is a 61 meters high skyscraper of medieval times. It was built by the Genoese more than six centuries ago. It is possible to use lift to go up to observation deck and to see the aerial view of Istanbul.

From Kabataş tram station continue towards Valide Sultan mosque and from there to Dolmabahçe Palace.

Valide Sultan Mosque was built in memory of Sultan Abdulaziz. When she was young she was working as laundress at hamam. Sultan Mahmud II saw her and fell in love. This mosque is unusual because of its neo-gothic style of decoration.

Dolmabahçe Palace is one of the beautiful palaces in Europe. 40 tons of gold was spent on its inner decoration. The Palace is rich with antiques: pianos, paintings, jewellery, etc. Among the notable artifacts of Dolmabahce are: enormous crystal chandelier weighing 4,5 tons, crystal staircase with a handrail made of red wood, salons decorated with pink and blue marbles.

Rest in the palace park near the Bosporus. Here you can see ceremony of changing the guards of honor.

Combined ticket for Selamlik, Harem and nearby pavillions on palace’s territory: 40 TL.

The New Mosque of Yeni Camii is very popular among tourists and local people. It was built by Sultan’s mother Safiye Sultan (she was of Venetian ancestry). The interior of this mosque is very large and full of light. We recomend you to admire its beautiful stained-glass windows, which is not typical for islamic mosques.

Egyptian Market (Spice Market) is authentic bazaar, full all kinds of spices, scents, herbs, seafood, sweets, smoked meat, cheese, and honey. In Ottoman times the bazaar offered the most large choice of spices. Not much has been changed till today and you will see it yourself.

From tram station you walk on the left from tram line till the sign ‘Grand Bazaar’ or you go by tram and drop off on Beyazit-Kapalıçarşı stop.

The Grand Bazaar (Kapalı Çarşı) is the same age with Istanbul. It was opened by the order of Sultan Mehmet the Conqueror (Fatih Sultan Mehmet) who entered Constantinople in 1453. In 500 years the Grand Bazaar turned into mini-city with hundreds of streets and 5 thousand stores. It is the largest covered market in the world. It is oriental bazaar for 100%.

Tram to Bağcilar (Line T1), the third stop is Laleli.

Tram-Kabataş-Funicular-not leaving the underground change to metro station Taksim. On the second stop Şişli-Mecidiyeköy you enter directly to -1 floor of Cevahir Shopping Mall.

Taksim square used to be ancient Byzantine district which in times of the Ottoman Empire became one of the most prestigious locations of Istanbul. In Taksim there are many monuments of the Ottoman and Byzantine periods, this is a place of pilgrimage and night life for tourists.

Galata Tower is a 61 meters high skyscraper of medieval times. It was built by the Genoese more than six centuries ago. It is possible to use lift to go up to observation deck and to see the aerial view of Istanbul.